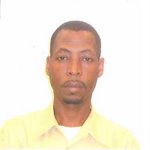 The media has detailed possible systematic looting of Kenya-Re by top management. They even have documents with glaring evidence which have also been forwarded to all relevant anti-corruption authorities. These documents catalogue how two top officers have been stealing money and property through an intricate web of deals, some traversing national boundaries.
That three banks have been colluding with Kenya-Re management to abet these fraudulent transactions shows how low Kenya’s financial sector has sunk. This calls for stricter laws to govern this sector and also eagle-eyed supervision from authorities. With all these financial scandals going on however, one would doubt the willingness or even the capacity of Central bank to instil discipline this sector.
It is claimed that the anti-banking fraud police have been handling a fraudulent transaction by the same institutions top management involving Sh10 million since 2003. Does this police squad have the capacity to handle such cases?
Watertight evidence in form of documents have been forwarded to the Kenya Anti-Corruption Commission (KACC). Kenya-Re own staff have anonymously written to the Kacc, showing how company property has been fraudulently transferred to members of the management board and to date no action or statement has been issued. Why should sale of property belonging to such an important parastatal be done secretly? Can KACC justify the hefty pay paid to them in face of such poor performance?
The institute of Certified Accountants of Kenya has not yet bothered to find out what Ernest and Young; a leading audit firm that handles Kenya-Re accounts have been doing pretending to audit Kenya Re books year in, year out. One would easily conclude that Kenya’s professional associations are just as corrupt and therefore cannot discipline their members who abet or willingly collude with their clients to carry out corrupt deals.
It is, however, heartening to realize that there are some Kenyans ready to sacrifice and stand for the truth in form of the middle-level Kenya-Re managers put up a spirited fight against these transactions insisting on all seeing transaction documents before the deal’s consummation could be assumed.
That this looting has been going on for the last three years of Narc rule, a Government which was voted in on a zero tolerance to corruption platform clearly indicates that the anti-corruption battle has been lost. It should not be lost to Kenyans that this company will be offered to the public as an IPO early next year. Karithi A Ngeera, Nairobi.
Other Letters

Posted by FORSCOW KENYA at 8:43 PM